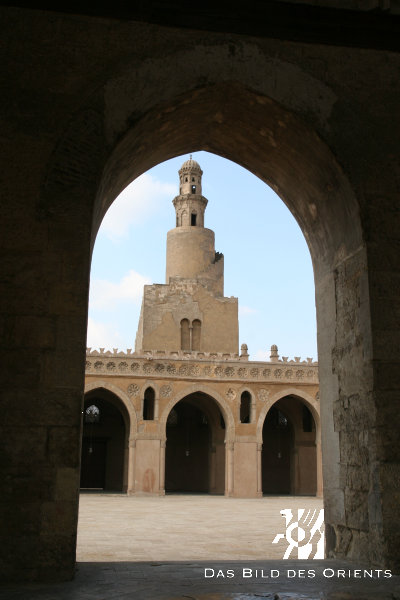 As part of the renovation of Schloss Herrnsheim near Worms, built by Emmerich Josef von Dalberg (1777-1833) at the beginning of the 19th century, this research project (awarded by the cultural department of the city of Worms) aims to identify possible models for the "Bosphorus landscape”. It examines the extent to which real views of Constantinople / Istanbul may have served as inspiration for the image wallpaper created in Paris by Joseph Dufour (1752-1827).

The results are to be published.

On behalf of the Oriental Department of the DAI (German Archaeological Institute), Berlin, a document survey on medieval architecture in northern Iraq has been conducted.

Purpuse: creating an overview, which visual information about medieval buildings (c. 400 to c. 1900) exist before the destruction by the "Islamic State" (ISIS) in 2014

As an example, the photographs taken by the DAI, Baghdad department, in N-Iraq in the 1970s can be seen

Amadiya, North Iraq, base of the minaret of the Great Mosque (Ulu Cami), Foto: R.M. Böhmer

Special attention is given to the first generation of Islamic Art Historians (even before this term was generally used) and their impact on the History of Islamic Art & Architecture: e.g. the researcher, travelor, collector and first director of the "Islamic Department" of the Royal Museums at Berlin (today Museum of Islamic Art of the State Museums at Berlin) Friedrich Paul Sarre (1865-1945), who's 150. anniversary in 2015 has been celebrated, as well as the genious, but also very controversal art historian Josef Strzygowski (1862-1941).

In addition, cross connections, i. e. networks that also include lesser-known names will be shown. In the course of time, a comprehensive index of first German-speaking researchers (born before 1914) from the fields of Islamic art history, architecture and archeology with biographical information, bibliographical references and pictorial material will emerge.

Additional Information is to be found in Philipp Walter Schulz and Friedrich Sarre: Two German Pioneers in the Development of Persian Art Studies

To one of her photo archives

Some research projects are presented here, linked to images from the image archive. Various related publications are accessible  on academia.edu.